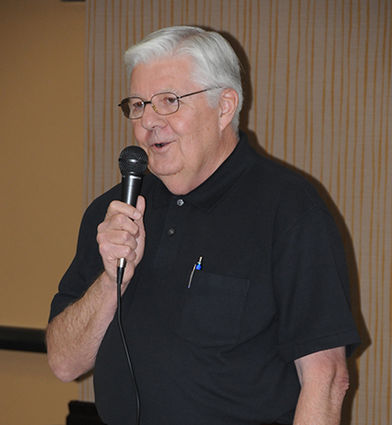 The annual Twin Cities Airline Collectible Show was held October 12th at the Best Western Plus in Bloomington, Minnesota.

For those of you who like to go and look at old airline photos and artifacts from days gone by, and listen to stories from mostly retired crew members, this is the place to go. There is always a treasure trove of photos, aircraft models, uniforms, old tickets, flight schedules, and all sorts of memorabilia from different airlines, many of which were based here at Minneapolis/St. Paul Airport.

As you walk around at the event, you will hear stories being told from retired pilots, navigator's and flight attendants (I believe they used to be referred to as "stewardesses") about different things that had happened to them during their working careers. Some stories make you laugh, some pull on your heart strings, and then there are some that make you realize that their jobs weren't always as glamorous as you might think.

Attending this years event, and telling their stories, were two very significant and historic Northwest flight crews. The first being Northwest flight #714, which was a Boeing 727, "N475US". It entered the history books July 1st, 1968 as being the first Northwest B727 ever to be hijacked. Kenneth J. Warras, was the Second Officer on this flight, Kenneth retired from NWA in 1997, and now lives in Jordan, Minnesota. The other member of that flight crew who spoke was Beth Burt, a stewardess also from the Twin City area.

Together they gave their very interesting account of the hijacking, at gun point, which eventually ended up in Cuba, where they were detained, and the aircraft was boarded by Cuban military personal. The hijacker was removed from the aircraft along with one Cuban national and several U.S. military personal. They were kept separate from the rest of the passengers. The remaining passengers and crew were taken to a large room in the terminal and were asked if they wanted beer to drink. Captain Warras politely declined the offer.

They were all given a piece of "steak" which they found out later was horse meat. Eventually they were all released but could not return home on the same aircraft because of "safety issues." The aircraft that was hijacked was not equipped for flights over large bodies of water, so was not permitted to carry any passengers on the return trip. The passengers were taken to another airport, two and a half hours away by bus, loaded on another aircraft and flown back to the U.S. Captain Warras and Beth Burt flew back on the hijacked aircraft. No one ever heard what became of the hijacker, imagine that!

The second guest to tell his story was Bill Rataczak. He was the First Officer on the famous D.B. Cooper flight, which took place on another Northwest 727, N467US, on November 24th, 1971. I was only 23 years old at the time, but I remember it like it was yesterday. It has always been a story that has intrigued me so I was especially excited to learn that Rataczak was going to be speaking at the show.

He began telling us about the first leg of that flight, when everything went pretty routine, and they made their regular scheduled stops. The next stop on the flight was Portland, Oregon. There a man identifying himself as Dan Cooper boarded the aircraft. After departure Cooper proceeded to demand $200,000, four parachutes, and a flight to Mexico.

The aircraft then flew to Seattle, Washington where the money was loaded onboard and all of the passengers were released. Upon departure from Seattle, he demanded the aircraft fly with the landing gear down, and with 15 degrees flaps.

"Apparently, Mr. Cooper knew a little bit about Boeing 727's," said Rataczak. "He knew what he was talking about"! At this point none of the crew were exactly sure why he had requested four parachutes. Captain Rataczak speculated that maybe the other three were for the remaining crew, which really raised some interesting questions in their minds!

Captain Rataczak did not think it was part of the overall plan Cooper had designed, but one of the stewardess had remained onboard the aircraft, which would've made them short one parachute, so that theory was dismissed. They departed the airport and headed south to Mexico. Somewhere over the Cascade Mountain Range, Cooper asked the stewardess to go up to the front of the aircraft and she complied. Cooper attached the money to another parachute and prepared to jump out. Rataczak stated that Cooper had some difficulty getting the rear stairs down, but shortly afterward they (the crew) all felt sudden air pressure changes in the cabin and surmised that he had departed the aircraft. During this whole flight Captain Rataczak never saw Mr. Cooper. 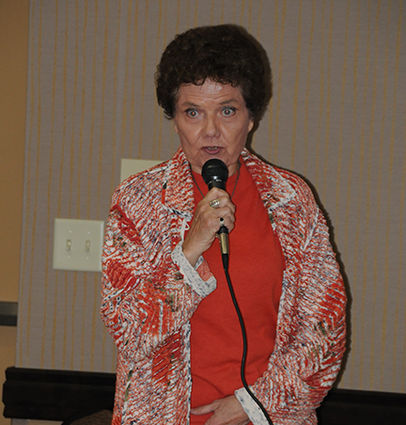 As you all know the D.B. Cooper case has never been solved, and out of the $200,000 that was extorted, only $5,800 was ever found and traced to the hijacking of Captain Rataczak's B727. As a result of that incident, a device that was nicknamed the "cooper vane" was designed to prevent the opening of the rear stairway on the Boeing 727.

If you enjoy airline history, looking at many items of interest, and listening to very interesting people like Ken, Beth, and Bill, please try to attend next years show. The Airline Collectible Show is a wonderful event and is sponsored by the Northwest History Centre.